Dylanglen Stud took Boonahburra Hazy Muskateer (Mouse) to Walbundrie Show for his first ever trip out.  He had Mountain & Moreland Classes and Open Led Pony Stallion.  Led by Matt Lawry.  Our stud was very proud of them, both first timers competing in the show ring. 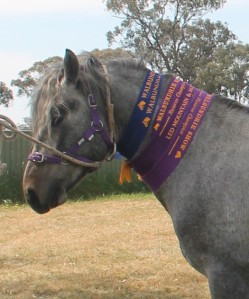 Mouse surprised us with how well he behaved himself, considering he is a young colt only turning 3 at the end of this month.  He had a little look and spook at a few things and then he settled down.  He loved all of the fuss & enjoyed his time in the show ring.

Matt said Mouse seemed disappointed to come back to the float, he wanted to stay in the show ring where all the action was. 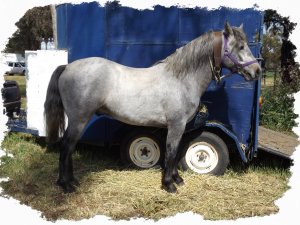 Mouse before going into the show ring.