photo above: with Gracefield Park Briar Rose during 2010
photo below: with Newlands Gideon during 2008 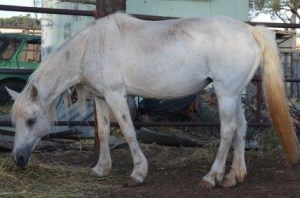 Click on the link below to view Curraglen Whisper full pedigree:

Where did the name Curraglen come from?  During the 1980’s Dylanglen Stud entered into a partnership with Curra Stud, due to Curra Stud venturing out of Connemara’s.  We inherited Tyn-E-Ros-Elle, Curra Melody, Connemara Park Kathleen and one other Connemara mare.  Unfortunately one mare died from cancer and one mare did not breed.  On the other hand we were very successful with Curra Melody in the show ring and Pony Dressage at the time and Tyn-E-Ros-Elle lived to a grand old age (having to be put to sleep in the end).  The partnership was essentially a small thing and went by the name of Curraglen.  Hence why Whisper is Curraglen Whisper and not Dylanglen.

moving Whisper & Rose out of the grassy paddock in 2010